A 60-year-old female who has presented to the Emergency Department with breathlessness is referred to you. Her ECG is shown on page 11 (ECG 30.1). 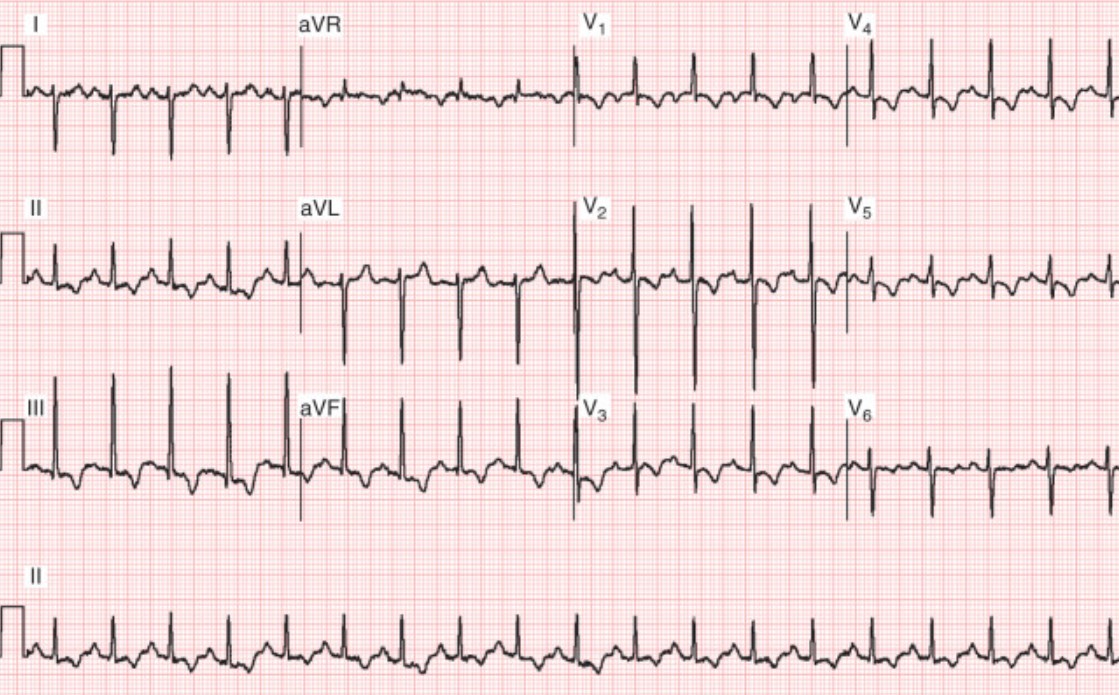 b)    List the likely differential diagnoses in this patient. (20% marks)

Judging by the differentials, this was an ECG demonstrating some sort of acute or chronic right heart strain. The image comes from Chapter 7 of Clinical Electrocardiography: A Simplified Approach by Goldberger et al (2017). The interpretation for this figure is:

"A tall R wave (as part of an Rs complex) with an inverted T wave caused by right ventricular overload is seen in leads V1 to V5 (also in II, III, and aVF) from a patient with right ventricular hypertrophy (RVH) that was multifactorial. Marked right axis deviation is also present because the R wave in lead III is much taller than the R wave in lead II. In fact, the RVH is so severe that the R wave progression pattern is actually reversed (rS in V6). The negative but prominent P wave in V1 is probably due to right atrial overload, with slightly peaked P waves in leads II, III, and aVF."

The differentials for RV hypertrophy are broad: