A 66-year-old male presents to hospital with hypotension, having had intermittent chest pain throughout the day. He develops runs of broad complex bradycardia requiring adrenaline boluses to maintain output. He is alert, and not in respiratory distress. His blood pressure is 90/40 mmHg, and his heart rate is 113 beats/min.

Blood gas results are shown below:

a)    List the abnormalities and explain the potential cause of each.    (60% marks) 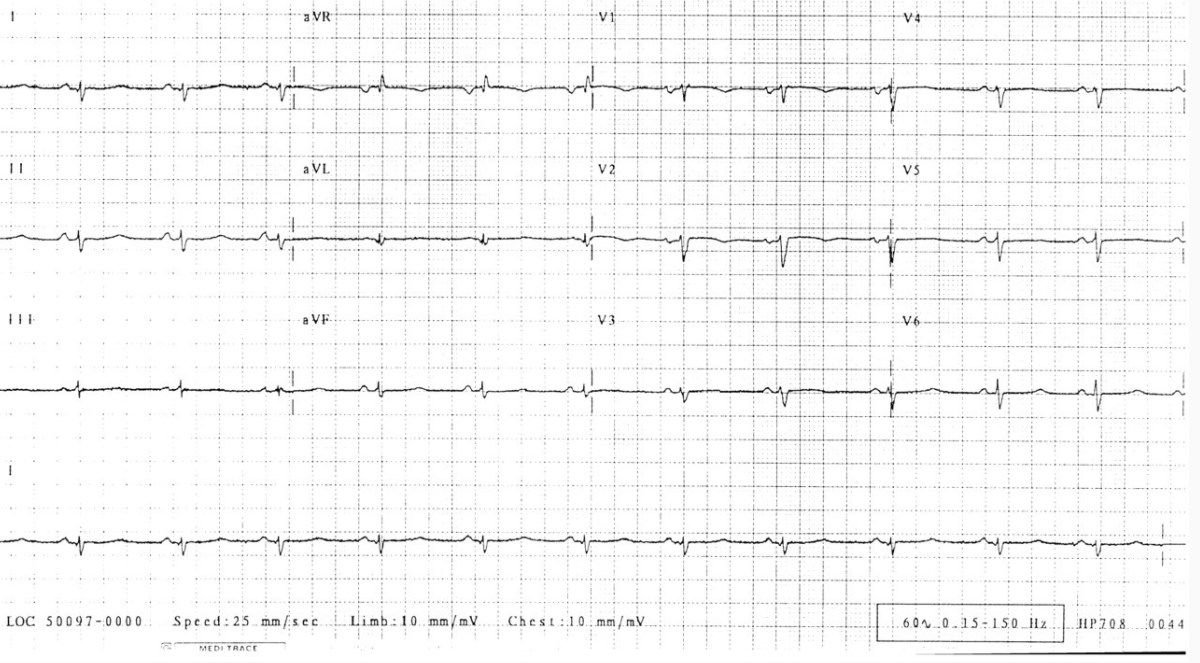 Without official college answers to refer to, the (broad) differentials presented by this SAQ were entirely to the imagination of the author, with predictably disastrous consequences.

First, let us list the abnormalities. The question does not specify where to get them from (just the bloods?), or how many to list; but this is for 60% of the marks, so the response needs to be comprehensive.

Thus, from the stem:

From the rest of the bloods:

The rest of the bloods are essentially normal.

The college had removed the ECG from their paper, so this ECG comes from Falk (2005). Its main feature is a low-voltage QRS, with poor R wave progression. Addiitonal possible findings which might have appeared in the college EC could have been AV conduction abnormalities (eg. a first degree heart block) or a "pseudoinfarct" pattern (Cheng et al, 2013). Why was this ECG chosen to replace the one in the paper? Because the fascinating forensic task of reconstituting this SAQ has led the author to look for some kind of a grand unifying diagnosis which is associated with renal failure, one which produces ECG-detectable cardiac abnormalities, and which could be related to the upper GI blood loss. This winding path had led to amyloidosis. This is supported by uneducated Google searches:

This, of course, could be completely wrong. But the reader should note that listing ECG abnormalities and interpreting the data was worth most of the marks, and the diagnosis was one tiny fraction (perhaps 10% of the total). It is of course possible that "list the likely diagnosis" actually meant "give a list of differentials"

The investigations to confirm or exclude this disease would be: