Describe the ionic events associated with a ventricular cardiac action potential (80% of marks).
Outline how the action potential relates with the mechanical events of the cardiac cycle (20 %
marks).

To achieve a good pass in this question, candidates needed to outline the ionic events
associated with Phase 0 to phase 4 of the ventricular action potential followed by a description of
excitation – contraction coupling. The second part of the question was best answered using a
ventricular pressure-volume loop and overlaying the phases of the ventricular action potential.
Description of the ionic events associated with the action potential phases was generally well
done, but this was as far as many answers went in answering this question. Few candidates
included a description of excitation-contraction coupling in there answer and few candidates
considered an answer to the second part of the question. The use of illustrations helped answer
this question.
Syllabus: C1b
References: Guyton and Hall Textbook of Medical Physiology, Chp 9

It is in fact surprising that as many as 27% of the candidates passed this question, considering that "draw a ventricular PV loop with overlaid phases of the ventricular action potential" does not emerge naturally from "outline how the action potential relates with the mechanical events of the cardiac cycle". Most people would also not immediately assume that the examiners wanted ionic and mechanical events to be joined via excitation-contraction coupling. So vastly different is the question wording from the examiner's expectations, that one has difficulty with presenting a model answer. Does one answer the question as it was asked, or does one produce an answer which the examiners appear to have wanted?

Ionic events during the action potential:

They asked for a PV loop. This one would probably have been satisfactory, but one is puzzled as to how this is supposed to be better than simply plotting the ventricular pressure and volume over time, together with the action potential. 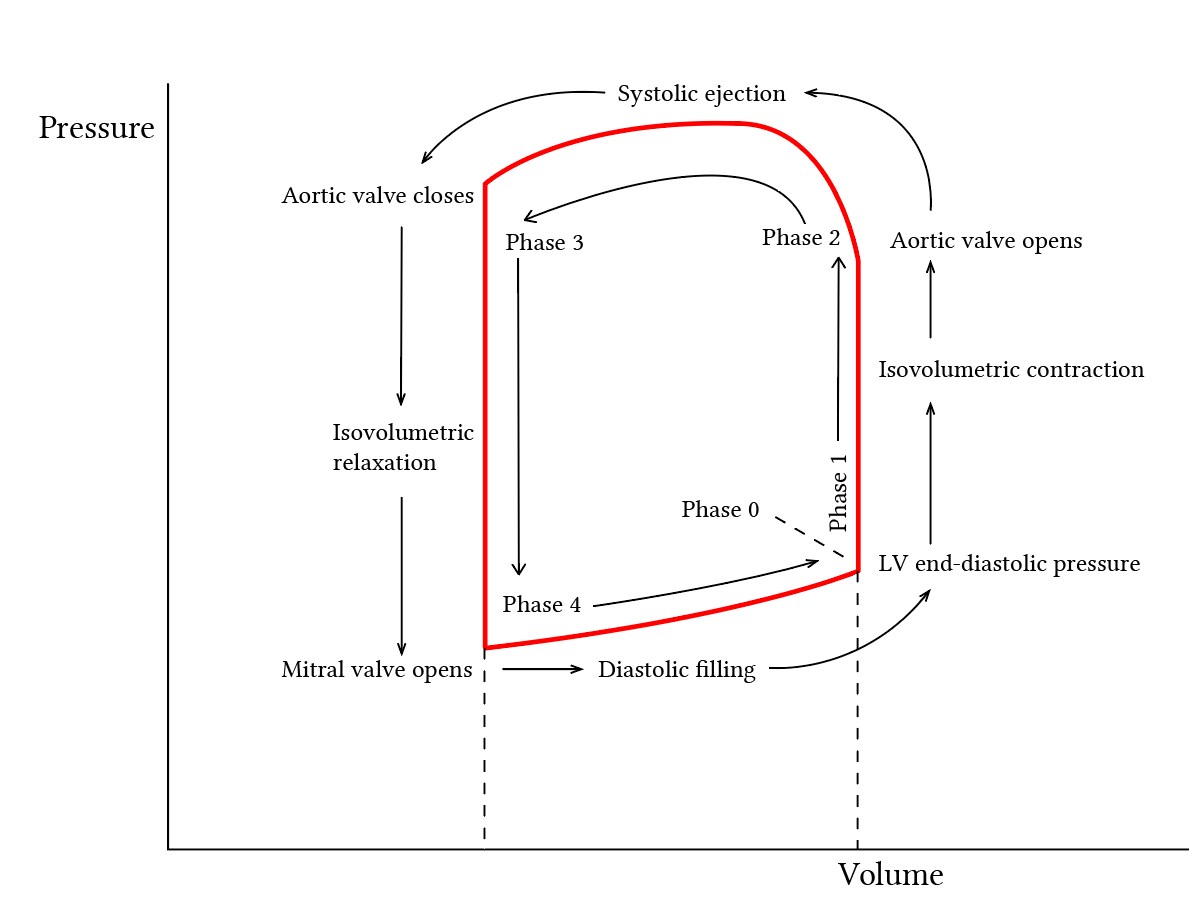