Describe the physiology of the Renin and Angiotensin system.

Renin and angiotensin are core components in the regulation of plasma volume and blood
pressure regulation. It is unfortunate that many candidates presenting to this examination are not
able to provide sufficient information for a pass. For a good answer, candidates were expected to
mention what renin and angiotensin are and what they do, as well as briefly mention the place of
angiotensin converting enzyme (converts Angiotensin I to Angiotensin II and inactivates
bradykinin). Renin is a proteolytic enzyme cleaves angiotensinogen to angiotensin I, secreted by
the juxtaglomerular cells of the kidney which are located in media of afferent arteriole and in
close proximity to the glomerulus and the distal convoluted tubule (macula densa). Angiotensin II
acts on cell surface AT1 and AT2 receptors. Major functions being to preserve of GFR &
enhanced Na/H2O reabsorption in the setting of reduced renal blood flow (candidates expected to
outline the mechanism by which this occurs), vasoconstriction, stimulate aldosterone secretion
and increase thirst and ADH secretion. The better candidates also mentioned that it decreases
sensitivity of baroreceptor reflex, increases secretion of ACTH and facilitates noradrenaline
release from sympathetic nervous system as well as its fate (metabolized by blood/tissue
peptidases). A good response for regulation would have been mentioning principally regulated
via renin release (which in itself is influenced by renal sympathetic nervous system activity,
intrarenal baroreceptors and macula densa sodium chloride delivery, ADH and intra-renal
prostaglandins), negative feedback from angiotensin II.

There is no mention of whether a diagram might have been useful, but in the author's opinion they are always useful. Thus: 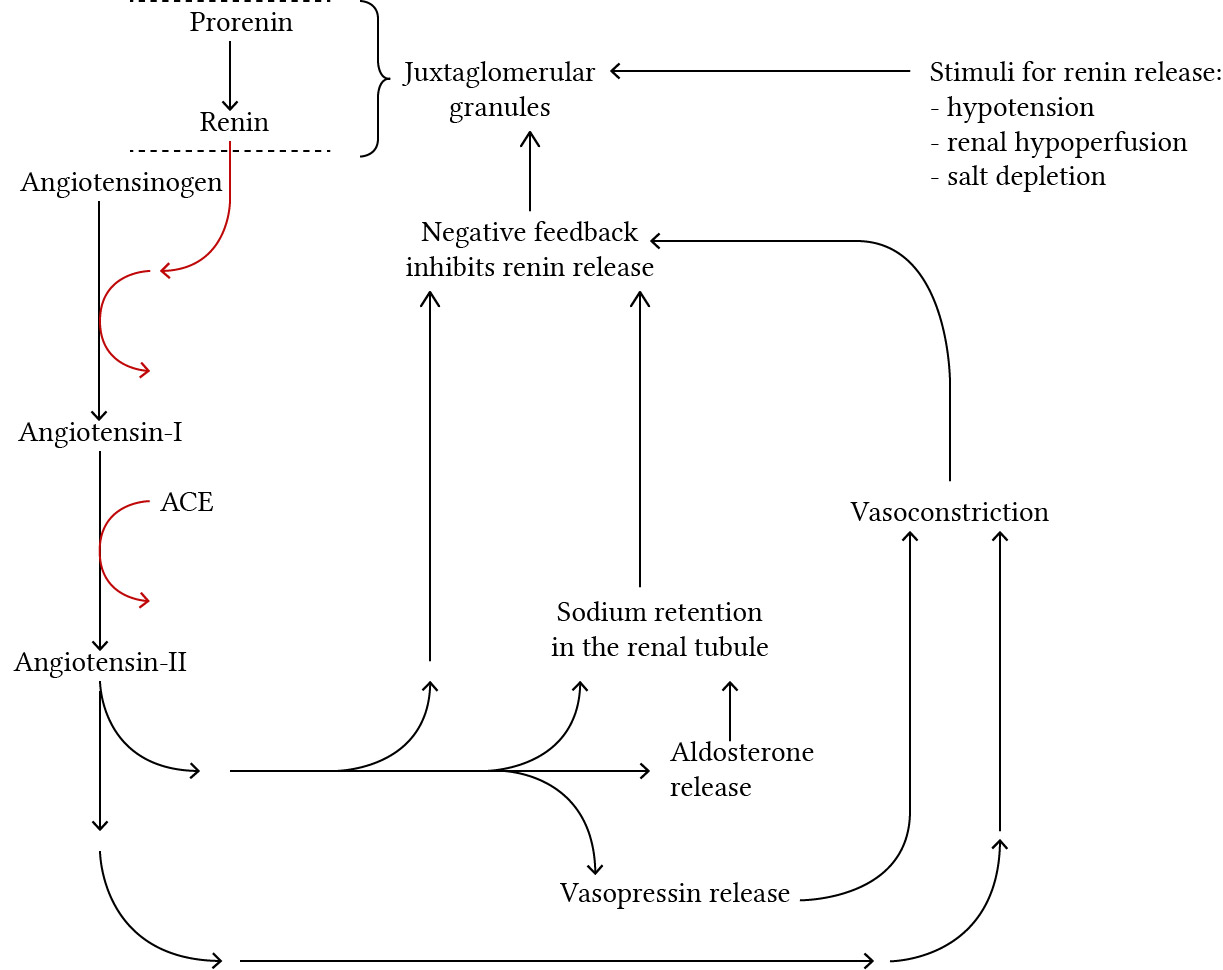 In the form of verbiage:

Busse, Laurence W., et al. "The effect of angiotensin II on blood pressure in patients with circulatory shock: a structured review of the literature." Critical Care 21.1 (2017): 324.