Classify the anti-arrhythmic drugs using the Vaughan-Williams classification (30% of
marks). Compare and contrast the electrophysiological effects of Class 1 anti-arrhythmic
drugs (70% of marks).

Most candidates displayed a basic knowledge of the Vaughan-Williams classification and
gave an example of each class. The remainder of the question lent itself very well to a
tabular format. Better answers included the effect on the action potential (diagrams were
useful here), channel dissociation kinetics (this was frequently omitted) and examples from
each class of drug. There is an excellent table in Stoelting which answers this question
nicely. Marks were not awarded for clinical effects.Overall, this question was generally well
answered.

For the first part of the question, the examiners clearly just wanted a mindless regurgitation of the Vaughan Williams classification (Miles Vaughan Williams' name was never hyphenated).

Now, that "excellent table in Stoelting" which "answers this question nicely" is probably this: 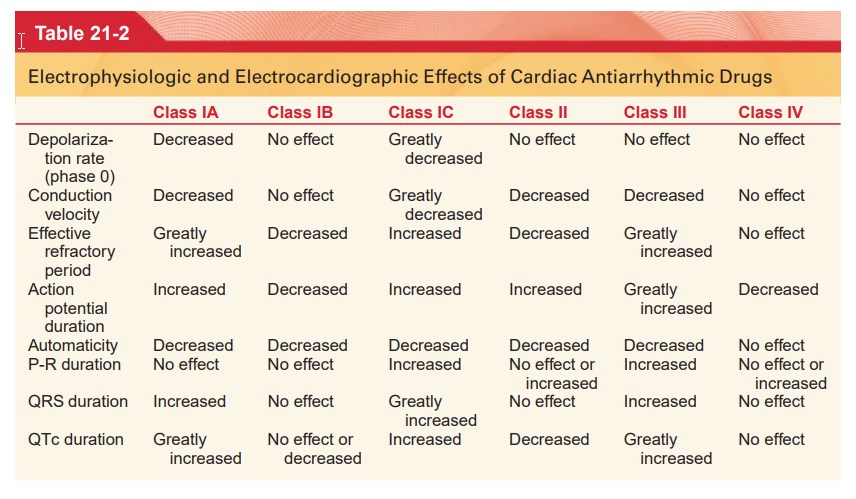 However, the attentive reader will note that this table does not contain diagrams, mention channel dissociation kinetics or list drug examples, which the college expected from "better answers". Here, an honest attempt to incorporate everything into a ten-minute answer is offered: