Using a diagram, explain the effect of PaO2, PaCO2 and MAP (Mean Arterial Pressure) on cerebral blood flow (CBF). (60 % of marks) Outline the effects of propofol and ketamine on CBF and cerebral metabolic requirement for oxygen (CMRO2). (40% of marks)

This question was well answered. It is a structured question that guides candidates through
exactly what is required. Well drawn graphs were a particularly effective means of scoring
marks.

It is perhaps presumptious of the author to present the doodles below as "well drawn graphs", but they are offered here nonetheless. 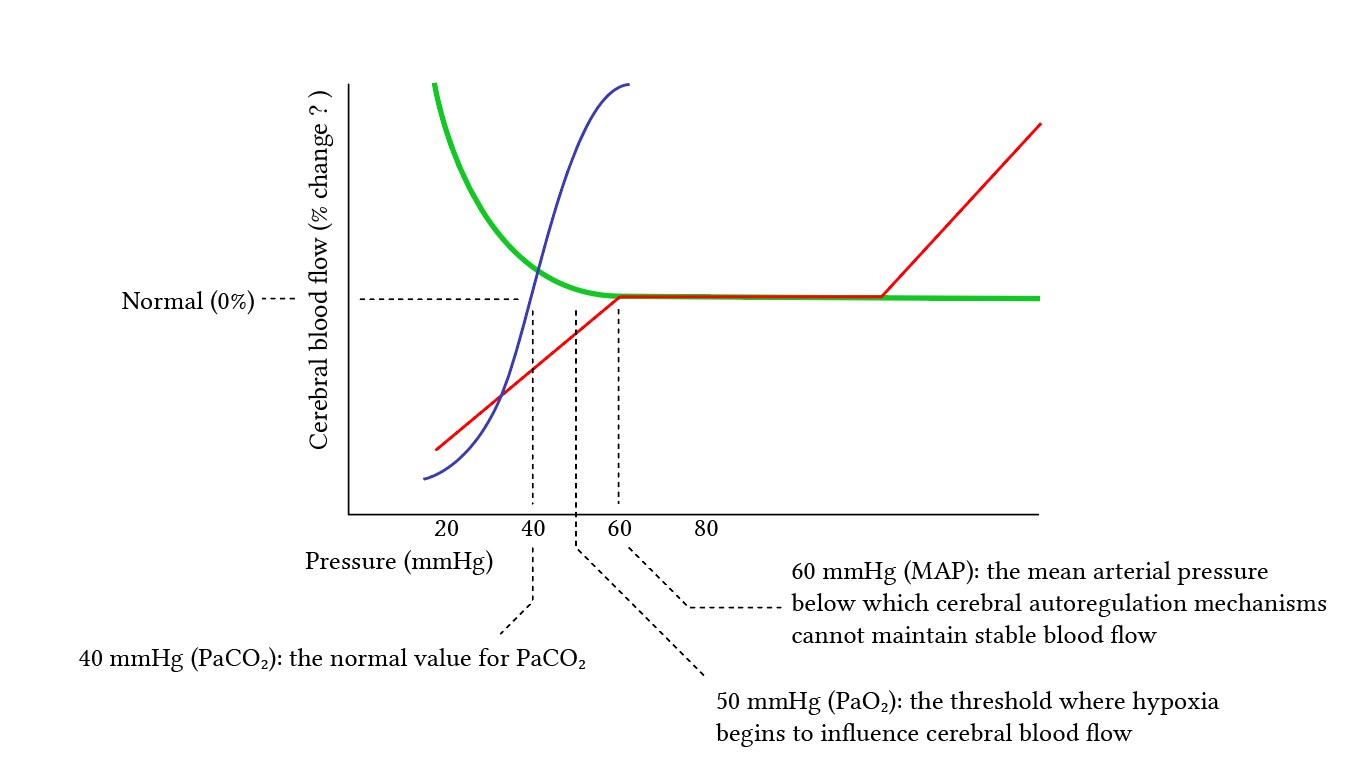 It would be uncontroversial to say that propofol decreases, and ketamine increases, cerebral blood flow. The question on the effects of propofol and ketamine on cerebral metabolism is more delicate, mainly because most  textbooks will still tell you that ketamine increases CMRO2. For example, this is what you will find in the 23rd edition of Katzung (p. 456). However, modern human data (eg. Långsjö et al, 2003) suggests that this is not a real effect, and that ketamine either has no effect on cerebral metabolic rate, or only a mild and regional effect (mainly increasing CMRO2 in the frontal lobe and limbic system).  Unfortunately, question writers base these questions on textbooks (often, textbooks from their own distant youth), which means you really have to give the wrong answer here to score any marks. As always, the basic principle remains: don't start an argument with the examiner.

Takeshita, Hiroshi, Yoshiaki Okuda, and Atuo Sari. "The effects of ketamine on cerebral circulation and metabolism in man." Anesthesiology: The Journal of the American Society of Anesthesiologists 36.1 (1972): 69-75.