Compare the action potentials of a sino-atrial node cell and a myocardial cell.

A good answer included a well labelled sketch with a description of ion channels and relative
directional flow. When using sketches in an answer they should be correctly labelled, and
when used as a comparison with another sketch, the differences should be clear e.g. shape,
duration and voltage difference.

A "well labelled sketch with a description of ion channels and relative directional flow" would probably be intolerably messy because there would be a considerable amount of text present on the diagram, which in many ways defeats the objectives of having a diagram. However, to humor the examiners, such a sketch is presented below: 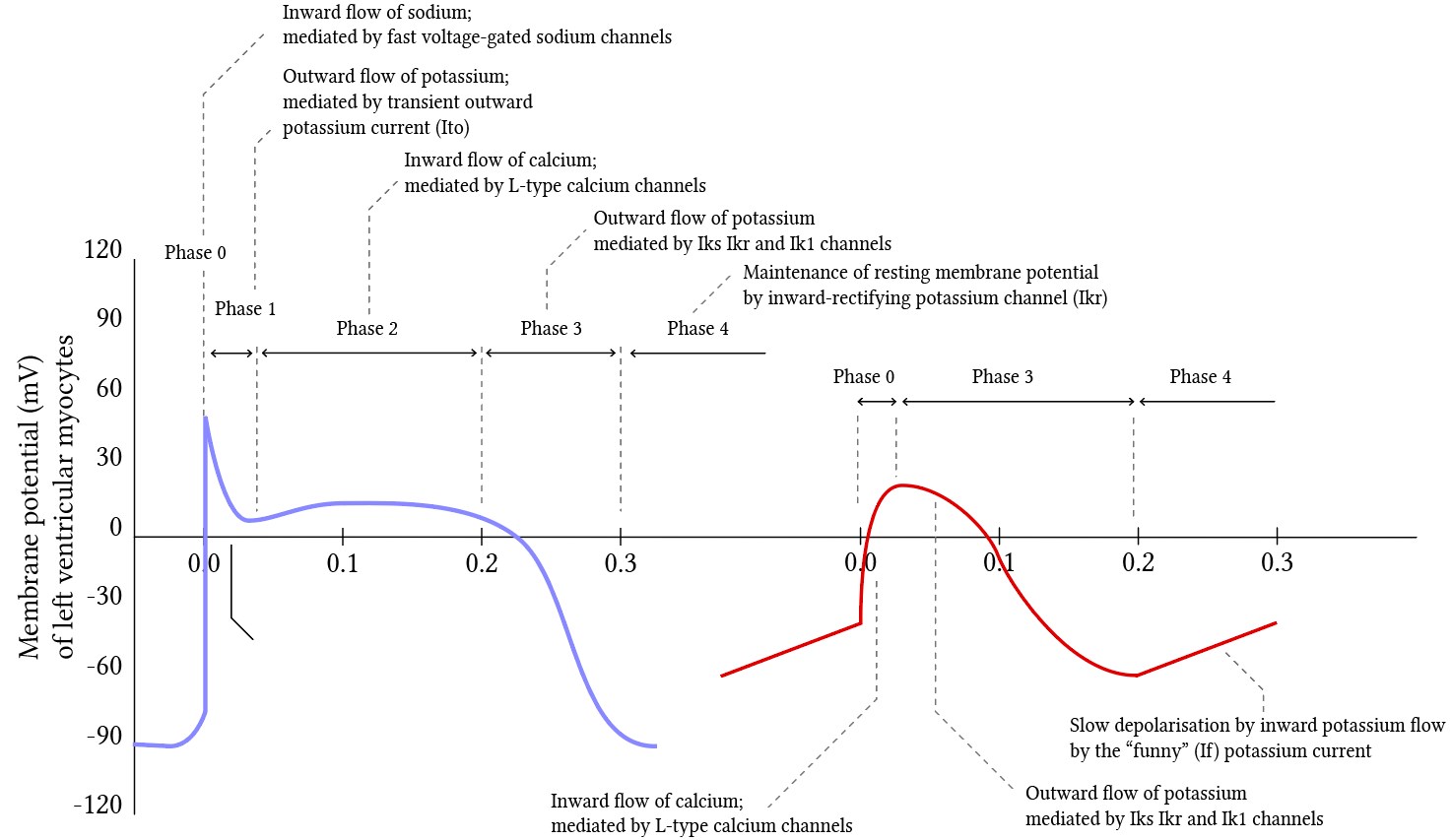 A more efficient use of art would be to label the phases of the cardiac action potential in a diagram and then explain their ionic correlations in a tabulated legend, as follows: 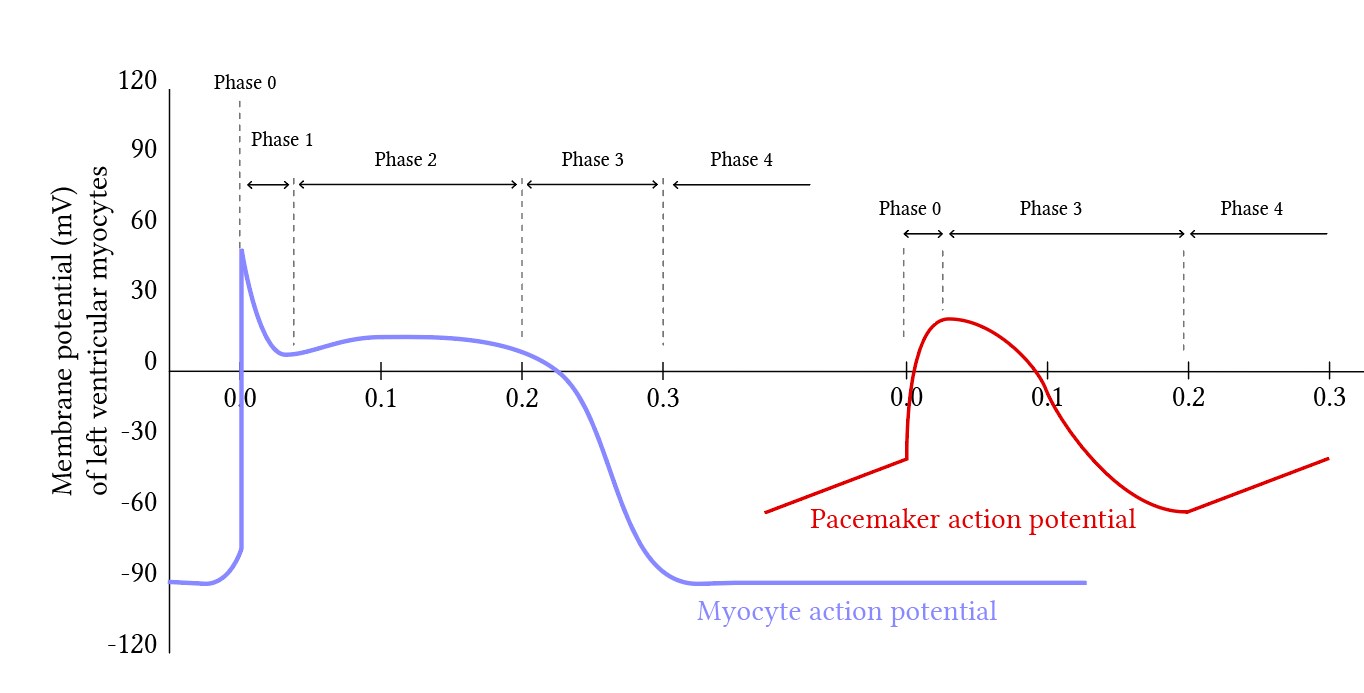