Draw and numerically label, on a spirogram, the lung volumes and capacities of a 30 kg child.

This core respiratory physiology topic was well answered by most candidates. Candidates
generally were able to draw a spirogram. A common omission was inspiratory capacity.

The "child" thing was left here probably as some sort of cruel distractor. The weight suggests a kid of about nine-ten years old, and at this age the respiratory dimensions are sufficiently adultish that no major adjustments need to be made to adult weight-based formulae. For comparison, here the numbers quoted by Kerry Brandis are compared with some ancient published data from Morse & Schlutz (1952): 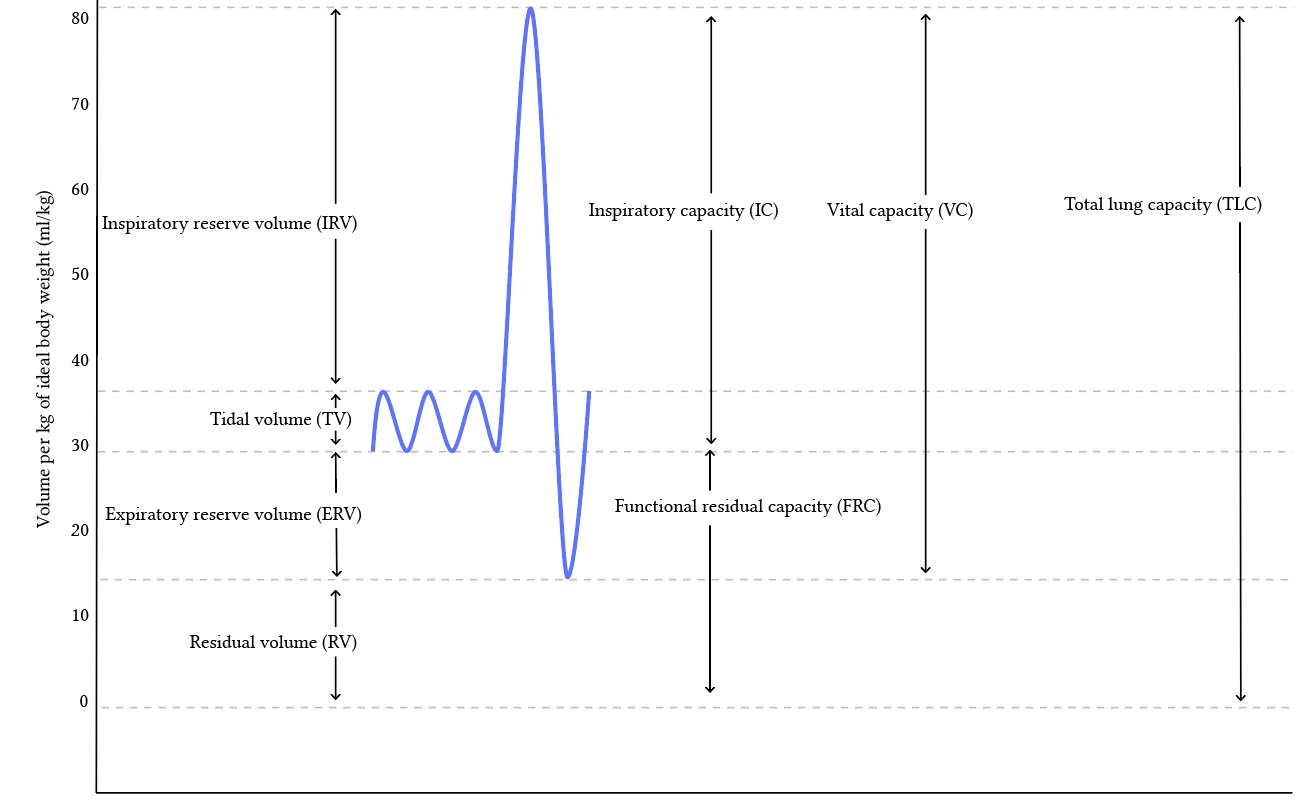