This deliciously syrupy tongue-pleasing alcohol is a favourite among the critically ill population.

This is a polyhydric alcohol. It boils at 197 degrees C, in case you ever want to boil some.

Ethylene glycol is a precursor for many polymers, eg. polyethylene glycol.
It is only the most common toxin among a  whole family of glycols:

Typically, people drink this stuff.  It is not well absorbed through the skin; nor does it evaporate particularly well. However, like all other glycols it is is rapidly absorbed, even through the gastric mucosa. Half life is short, but longer with any therapy that blocks the metabolism of ethylene glycol to glycoaldehyde… so with ethanol therapy, the ethylene glycol can hang around for up to 24 hours

With therapy, elimination is entirely renal. Otherwise, much of it is metabolized into hideous daughter-compounds, which are also excreted by the unhappy kidneys (which find themselves mangled by the process)

Apparently, it gives one a buzz similar to that of alcohol intoxication. Pure ethylene glycol is said to be sweet-tasting, but nowadays (in order to deter children, one assumes) the majority of it is tainted with foul-tasting impurities. A Norfolk couple report that it tasted "horrible", though the husband finished his glass as a demonstration of his manliness.

There is a complex metabolic pathway with multiple products, of which oxalic acid is the most dreaded. The initial intoxication is thought to occur much in the same way as ethanol intoxication, by acting on the GABA receptors.  The mechanism of metabolic acidosis is more interesting. In 1977, Clay and Murphy poisoned some monkeys and revealed that the serum bicarbonate levels decreased in proportion to rising glycolic acid levels. The contribution of all the other metabolites was negligible. 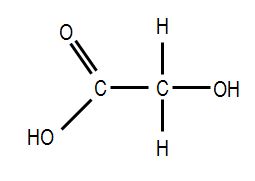 Glycolic acid is the smallest of the alpha-hydroxy acids, and is used in all sorts of skin-related industries (be it tanning, as a leather-dye, or as a part of dermatological skin peeling).

Thge major interactions of ethylene glycol are with ethanol and fomepizole, which is put to good use in management of the toxicity. Potentially, it may interact with things like disulfiram and metronidazole, which block acetaldehyde dehydrogenase.

One can imagine some sort of cyclical nightmare of ethylene glycol intoxication, ICU admission, discharge and re-intoxication. Such a thing indeed exists, but is not well studied. However, rats exposed for prolonged periods seem to develop chronic renal failure.

Of the various ways one can become acquainted with ethylene glycol, this is probably the most common.

A mouthful is enough.

Anything over 0.1ml/kg will require treatment.

Anything over 1.0-1.5mg/kg is considered lethally toxic.

There are three recogniseable stages to ethylene glycol toxicity.

First you may feel slightly drunk for about 4 hours. At this stage, there is no acidosis, but the anion gap is widened (unmetabolised ethylene glycol floods the bloodstream).

Then, you might feel slightly ill. As the glycolic acid begins to appear in the bloodstream, metabolic acidosis ensues and hyperventilation follows. Central nervous system depression is the most pronounced feature at this stage; the coma may be garnished with seziures.

The next stage is that of cardiac toxicity. Conduction disturbances and arrhythmias are to be expected, pulmonary oedema may result from myocardial depression (caused by the acidosis). Hypocalcemia may occur as oxalate chelates the serum calcium.

After about 36-48 hrs, the renal failure becomes the dominant feature.

There is a lot of good, thorough literature on the management of ethylene glycol toxicity.

The treatment options here are discussed in brief.

To summarize, you give massive amounts of bicarbonate, and then you either start an ethanol infusion, regular doses of fomepizole, or haemodialysis.

The rationale for the use of bicarbonate is the massive generation of acid by the metabolism of ethylene glycol. This glycolic acid cannot be metabolised in an acid-scavenging way, like lactate or ketones. Thus, this acidosis is "bicarbonate-resistant". More bicarbonate must be added in order to buffer the excessive number of hydrogen ions present in the patient, so that H2O and CO2 may be generated.

An additional benefit is the effect of "ion trapping" formic acid. As a weak acid, formic acid should become more water soluble in an alkaline bloodstream, and in alkaline urine. This increases its clearance, and keeps it out of the fatty central nervous system, where its effects are the most destructive (specifically, the effects on the tender juicy retina).

How drunk do you have to be to prevent ethylene glycol metabolism?

Well. I cannot find the original paper, but a letter in response to it suggests one should sustain a blood ethanol concentration of 20 to 30 mmol/L (100 to 150 mg/dL). The authors (who did not identify themselves) suggested a loading dose of 0.6g per kg body weight, or roughly 40g for a 70kg male, to get to 100mg/dL. In the parlance of the street cop, this equates to a blood alcohol level of 0.1%, twice the legal driving limit in Australia.

Thus, if you suspect you have accidentally poisoned yourself with ethylene glycol, one may consider four shots of spirits as a rescue therapy.

Alternatively, you may consider injecting it. The typical way to administer alcohol in such a situation is to give it via a central vein (it being such a good peripheral venous sclerosant that it is in fact routinely injected into varicose veins to destroy them). However, there is one case series of three poor fools who have admitted to injecting alcohol (ranging from vodka to beer, dosage unknown) and whose veins did not suffer excessively as a consequence, in spite of what i can only assume was suboptimal injecting technique. Some redness and burning at the site were the only reported side effects.

4-Methylpyrazole, or fomepizole as it is known, is basically a competitive antagonist to alcohol dehydrogenase. It does what ethanol would do, except it does so with great expense, and without ethanol intoxication.

Neither as exciting as intravenous alcohol, nor as expensive as fomepizole, continous veno-venous haemodiafiltration is the method of choice for getting rid of huge quantities of ethylene glycol rapidly. The main indication for this (apart from the inevitable renal failure of a late presentation) is a high osmolar gap. The extra osmoles represent some mixture of ethylene glycol and glycolic acid, eagerly water-soluble, and thus rapidly dialysed. Both susbtances are well removed by dialysis, and on top of that one can adjust the bicarbonate concentration of the dialysate to donate extra bicarbonate to the patient's bloodstream, increasing the correction of the acidosis even further.