The electrode chain in amperometric cells

The following diagram is a crude reimagining of the formal explanation offered by the Reference Manual for the locally available blood gas analyser. Thus, the semipermeable membrane selects the solute species of interest, and allows it into the internal electrolyte solution, where it is subjected to a potential difference between the electrodes. Obviously the membrane has to be rather selective - otherwise, who the hell knows what is getting reduced at the cathode. For instance, the Clark electrode makes use of a highly oxygen-selective porous tetrafluoroethylene membrane. 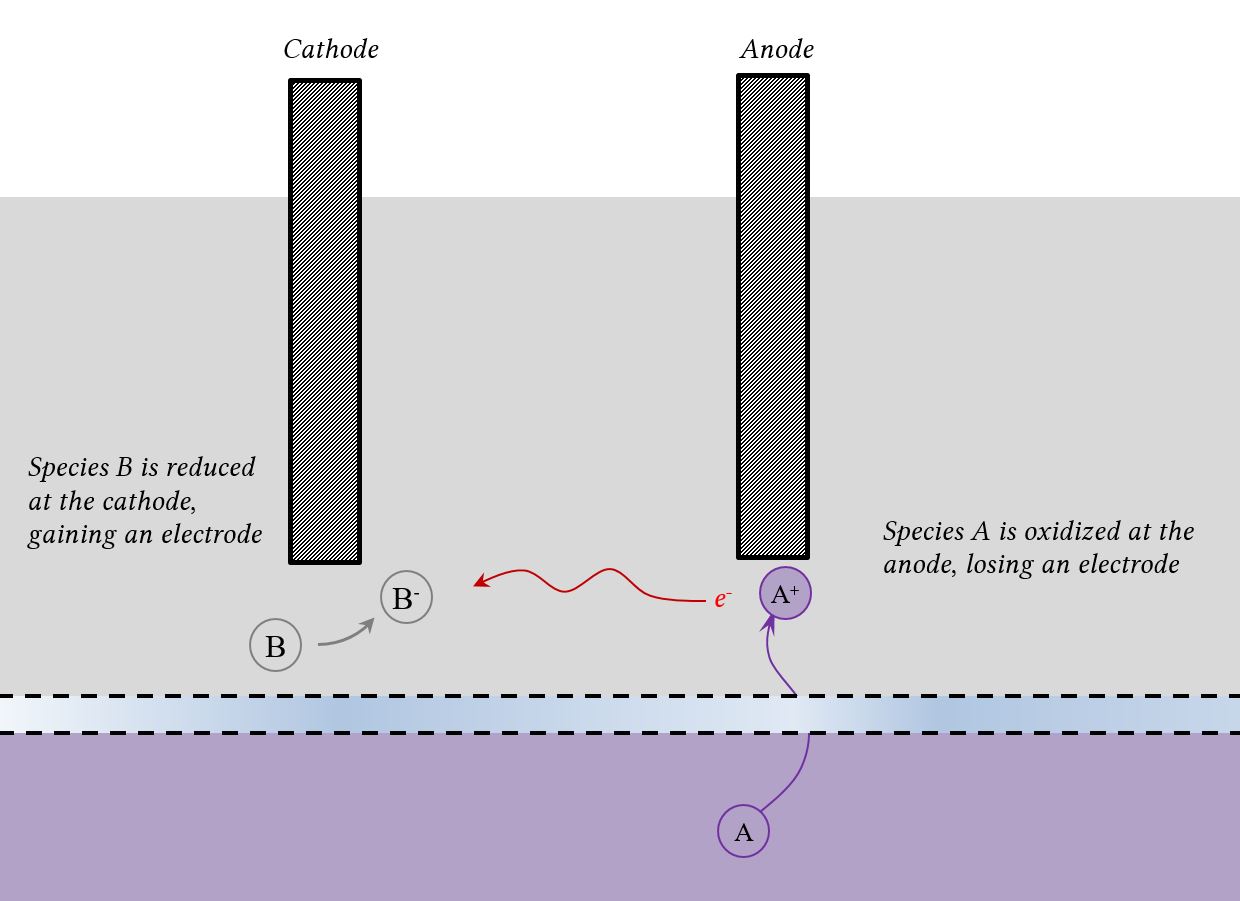 From this, it might sound as if one might be able to calculate the concentration of species A in the sample, provided the sample equilibrates perfectly with the internal electrolyte solution, and species A gets 100% reduced.

In the absence of Species A, the cell has a weak "zero" current running through it, and the magnitude of this is usually established during calibration. The application of a constant polarisation voltage is responsible for this. With the addition of a sample, molecules of interest begin to migrate across the membrane, and are reduced at the cathode; the current which is generated by this process increases up to a plateau, which represents an equilibrium (i.e. the rate of reduction and oxidation is in equilibrium with the rate of substrate delivery). The current which is generated at this plateau is proportional to the concentration of the substrate.

Then, it is a matter of relating the measured change in the current to some sort of sensitivity standard, to calculate the concentration of the substrate. The local unit uses the following equation: 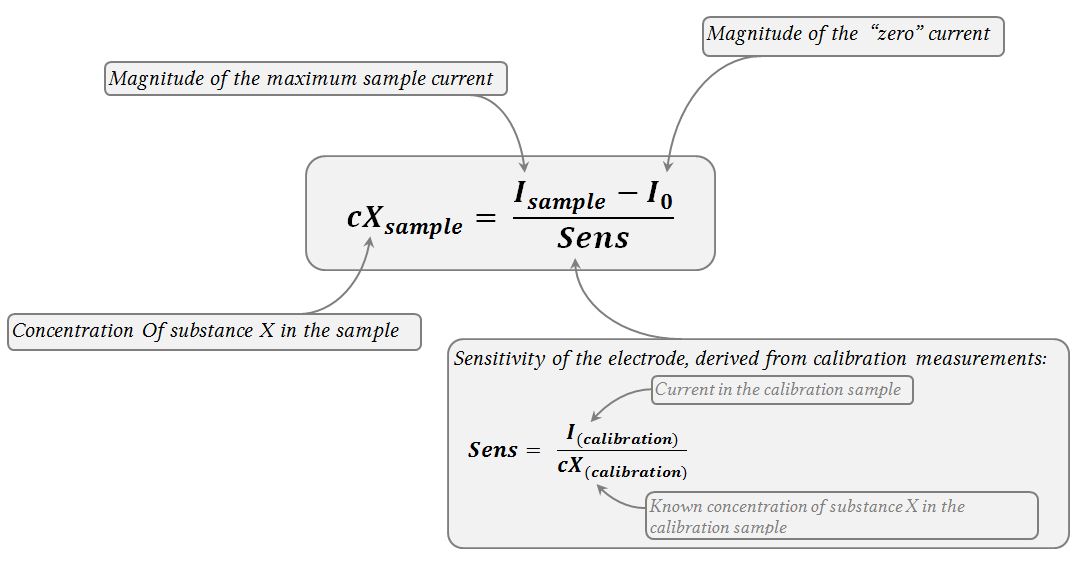 The change in current is divided by a certain "sensitivity denominator", which is calculated from calibration measurements. The ABG machine regularly runs its electrodes in a calibration solution which contains a known amount of the substance in question; the current generated by this substance is divided by the known concentration to arrive at a sensitivity value, which represents current change per mmol of substance. Because each electrode gradually degrades in sensitivity due to various ageing processes, regular calibration is required and the sensitivity value must be constantly updated. For instance, in the case of the E7066 glucose electrode, this value can vary from 100 to 1800 picoamps per mmol.