By Alex Yartsev - Jun 30, 2015
Last updated Sun, 12/27/2020 - 03:31
Topic: Cardiovascular system
All SAQs related to this topic
All vivas related to this topic
This chapter has no relevance to any specific Section of the 2017 CICM Primary Syllabus, and like the rest of the PA catheter chapters, it is probably irrelevant to most ICU trainees. At least the pulmonary artery diastolic pressure is slightly more relevant than the wedge pressure.  The wedge pressure measurements have become rather unpopular over the years, but people keep inserting PA catheters for cardiac output monitoring, which means continuous PA pressure monitoring is still seen. Ergo, one is more likely to encounter PA diastolic measurements than PAWP measurements out in the wild. The following discussion briefly summarises the most important concepts in the event you might ever be tempted to draw some sort of significance from these values.
In summary:

That's probably all you need to know. The image below used borrowed tracings from the original paper by Swan and Ganz (1970) to illustrate this concept: 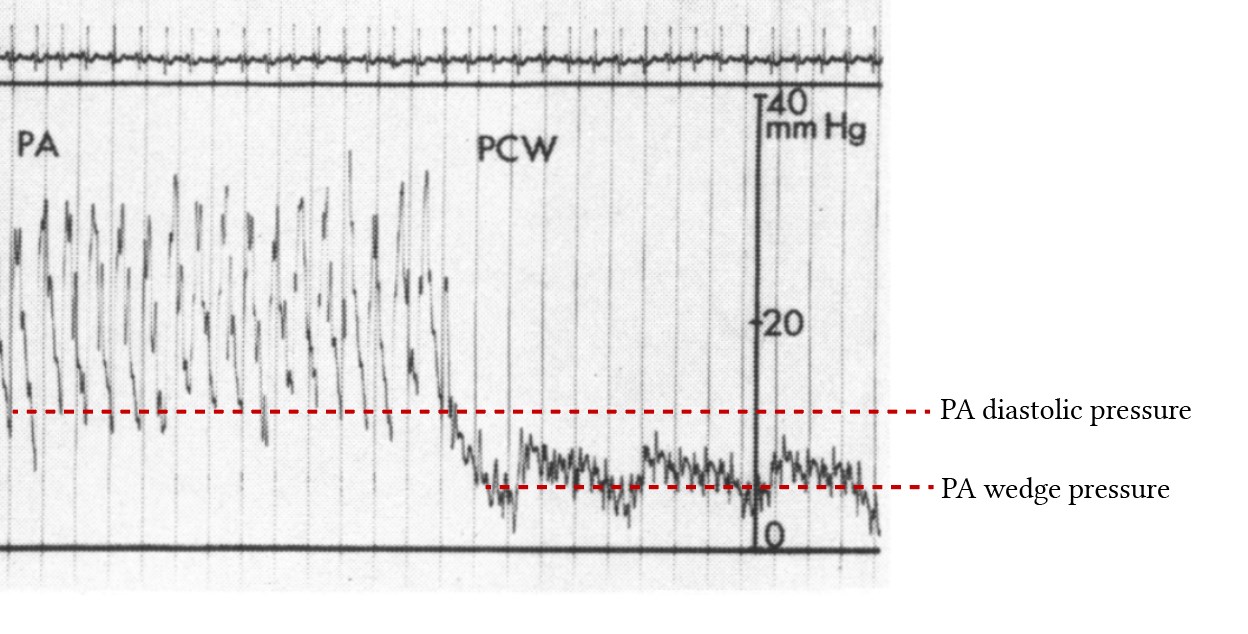 The PADP is usually higher than the PAWP.

How great would the discrepancy have to be before you call it pulmonary hypertension?  6mmHg is the usually quoted number, which seems to come from Wilson et al (1988).