The expiratory and inspiratory process

This chapter is most relevant to Section F3(i) from the 2017 CICM Primary Syllabus, which expects the exam candidates to be able to "describe the inspiratory and expiratory process involving the chest wall, diaphragm, pleura and lung parenchyma". In the CICM Part One exam, this specific phrase has never appeared in any written question or viva station, but one can easily imagine how a nebulous syllabus item like this might easily be used against the candidates in the future. And given its nebulousness, those trying to conjure an answer de novo in the heat of the moment will find themselves substantially disadvantaged. Clearly, a prefabricated response is called for, preferably one which comes with some instantly recognisable diagrams.

The diagram below is instantly recognisable, as it is present in some form or another in most texbooks: 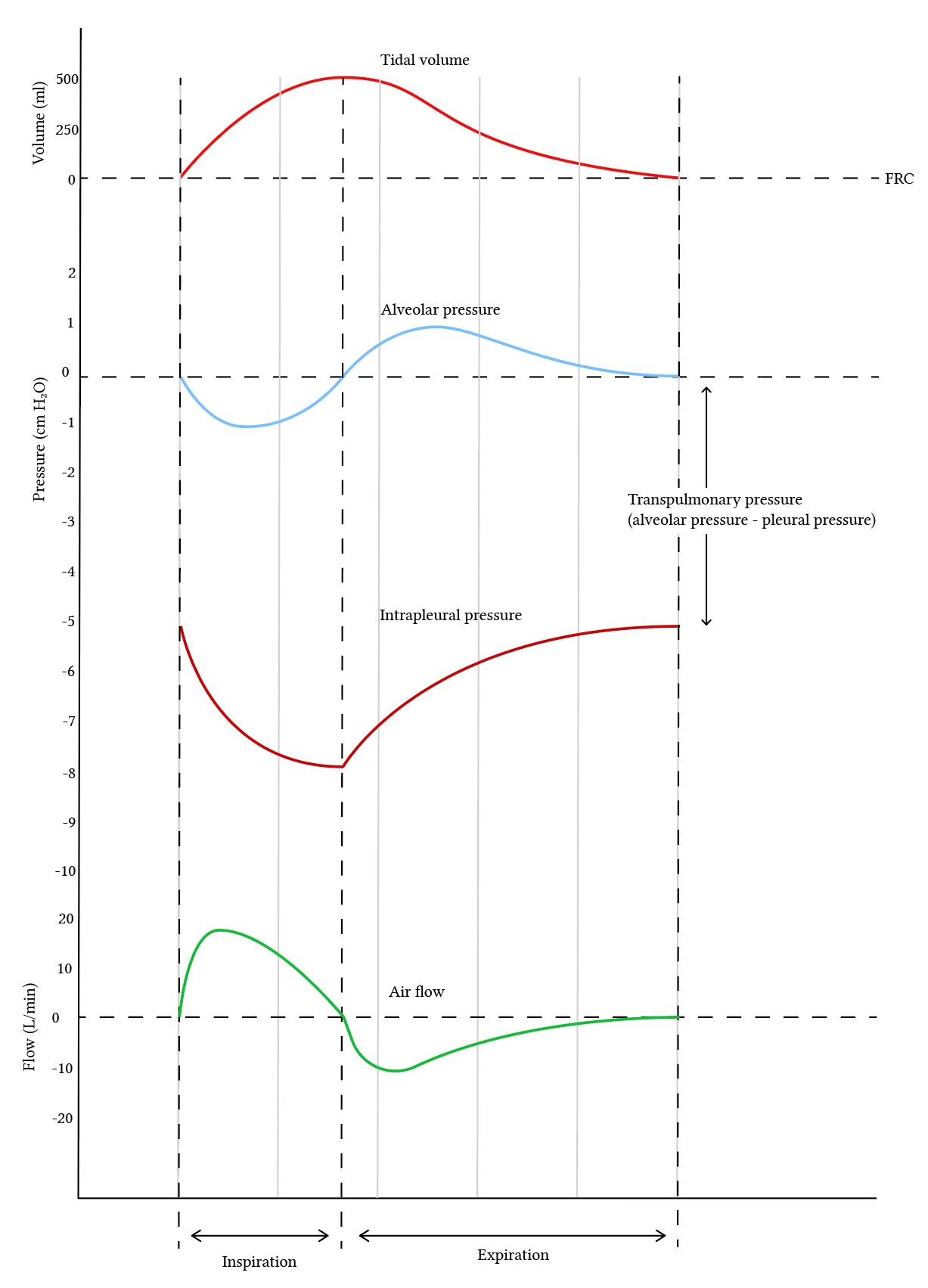 The events in this picture can also be described using a thousand words.

The diagram above, though it appears in almost every physiology textbook, actually appears to be a confabulation. None of the books ever give a reference for where they get it from. In truth, it appears that it is a concatenation of the findings from multiple studies which individually studied different aspects of respiratory mechanics.

For example, the pressure and flow waveforms were probably adapted and noise-filtered from the 1950 publication by Otis et al,  "Mechanics of Breathing in Man".  The subjecs, though trained to perform these tests, were breathing with some effort, which acocunts for the relatively high values for airfow and airway pressure.

For a relationship between pleural pressure and tidal volume, one could potentially look at the measurements acquired by Christie & McIntosh (1934) from a patient with a "minimal tuberculous lesion at the right apex", using a 1mm trochar to create a small (40ml) pneumothorax and to measure its contents. 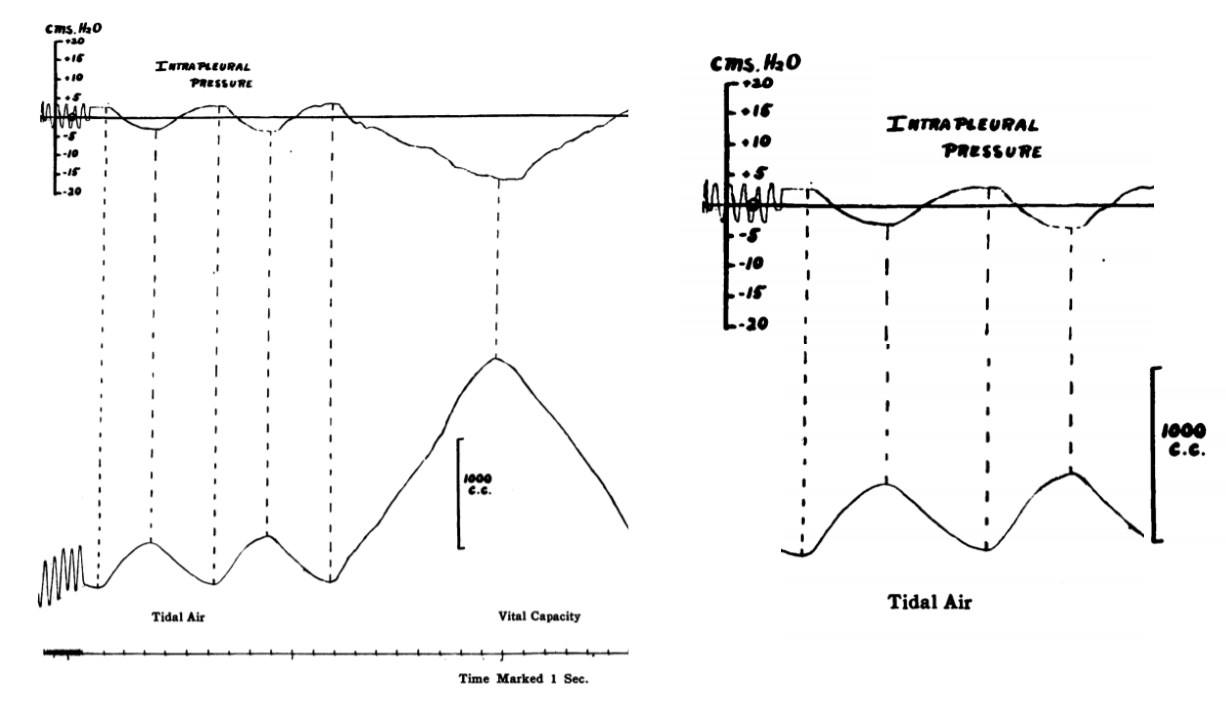 It is notable that during expiration the pneumothorax pressure in these tracings had increased, which represents the pressure imposed upon it from the contracting thorax. In reality, it is said that pleural pressure is constantly negative, and so it must become slightly less negative during expiration.  A more realistic impression of the intrapleural pressure comes from Cherniak et al (1955), whose recordings are presented below. The authors used an oesophageal manometer balloon (some of the first) as well as a curved thin pleural needle. One can see that the pleural pressure dips as low as -8 cm H2O in inspiration, which is probably where the textbooks got their values from.

One can easily step into the boots of textbook editors and see how they, confronted with high noise and poor signal, opted to clean and stylise the respiratory graphics in their representations. It is possible to make a strong argument for that sort of behaviour. The primary objective, after all, is to inspire an understanding of the basic concepts, not to represent empirical data with the greatest accuracy. Still, it sometimes helps to know where these data have come from.

Christie, Ronald V., and C. A. McIntosh. "The measurement of the intrapleural pressure in man and its significance." Journal of Clinical Investigation 13.2 (1934): 279.