Of all the body fluids which one might reasonably expect to drain from the chest cavity, chyle is among the most exotic, though it cannot share the pedestal with such oddities as urinothorax because chyle legitemately belongs in the chest cavity. It is the content of the thoracic duct which has the misfortune of being wrapped around structures of surgical interest. As such, it is frequently brutalised on the way to the oesophagus, pericardium, hiatus hernia or hilar lung tumour.

The first time, this subject came up in Question 10.2 from the second paper of 2013. The college presented the candidate with a picture of some creamy chest fluid, and invited them to reach the conclusion that this 75 year old man suffered some thoracic duct damage in the course of their elective oesophagectomy. This was probably viewed by many as an unsatisfying treatment of a fascinating complication.  As if to address this injustice, the college made chylothorax the subject of a whole 10-mark SAQ in Question 5 from the first paper of 2019.

For 10% of the marks, Question 5 from the first paper of 2019 asked the trainees to define a chylothorax. The college answer defines it as "an accumulation of chyle (lymphatic fluid of intestinal origin) in the pleural space". Officially, the definition of a chylothorax is a diagnostic issue, and at a minimum requires the identification of chylomicrons in the pleural fluid.

An excellent article from 2010 lists several causes of chylothorax beyond the immediately obvious "the surgeon did it". Sure, he just had an oesophagectomy, but the surgery was a total high-five success; couldn't this chyle leak be caused by sarcoidosis?

In brief, the causes of chylothorax are as follows:

The first diagnostic hint to point towards chylothorax is the appearance of fluid in the chest drain which does not resemble anything normally seen in a chest drain. To borrow a description from Cellan-Jones et al (1940), "We decided to aspirate a moderate-sized right-sided pleural effusion, and to our surprise a quantity of fluid which resembled pale tomato soup was withdrawn".  Its colour will vary:  usually some level of pallor or creamyness is to be expected. Watts (1921) described is as "milk and eggs" because milk and eggs was the physician-prescribed postoperative diet for R.A, a 35 year old male admitted to the Western State Hospital for the Insane in 1918. "The next morning at breakfast he secreted a dull case knife and was found half an hour later with his throat cut. He had shoved the knife into the suprasternal notch as far as he could, moved it crosswise and up and down, said he put it in three different times". Anyway, the spectrum of chyle will certainly vary from person to person, and given the relative value of a picture as compared to a throusand words, one would be well justified in adding one's own experience to the published pallette of chyle : 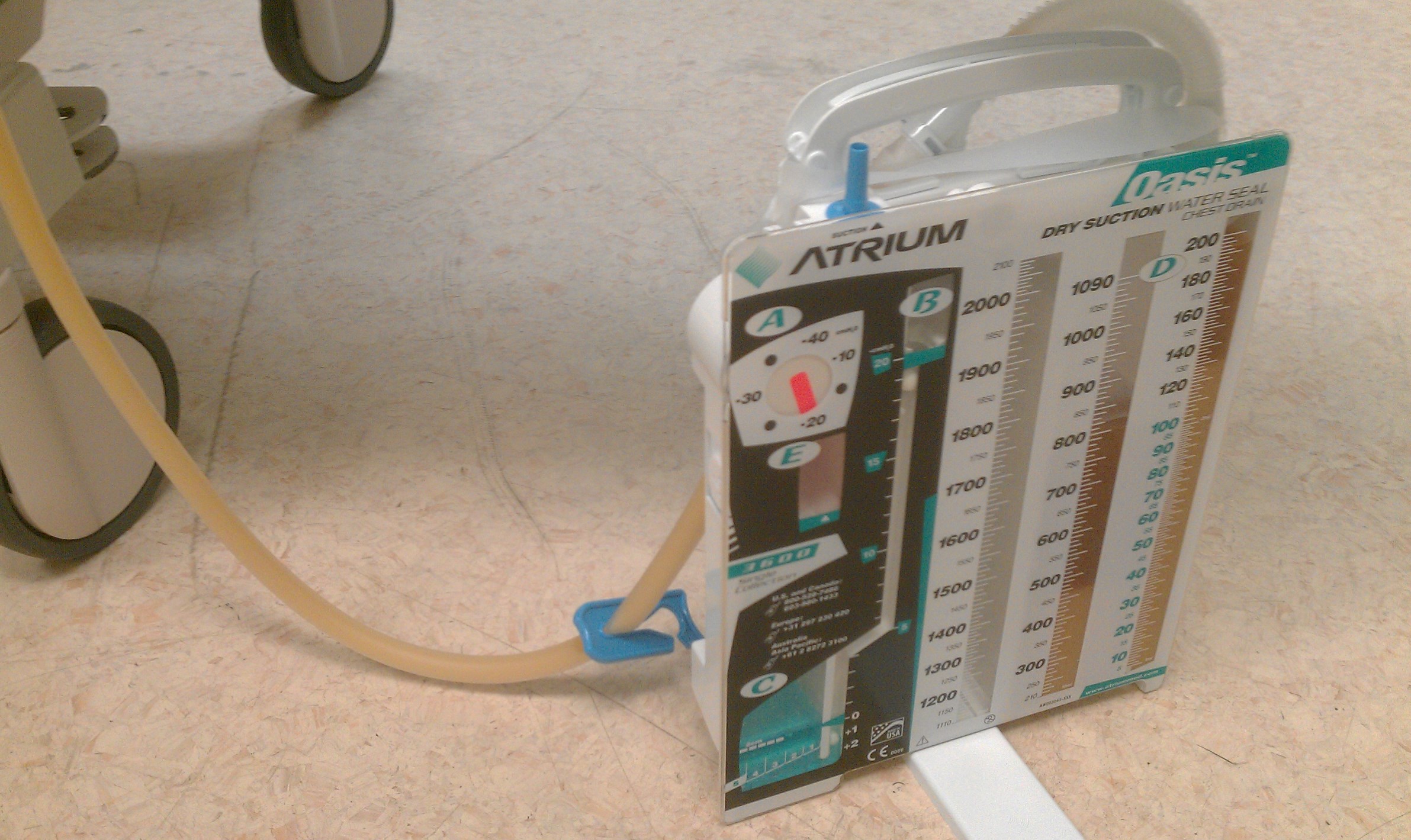 It does not have to be creamy. When you've fasted the patient for many days, the lack of emulsified fat makes the drain content appear serosanguinous.

A Sudan III stain for fat is a more rapidly available test than the gold standard electrophoresis; the dye colours only oil, and will reveal the pleural fluid to be chyle if brightly coloured chylomicrons can be identified on microscopy. In case one is wondering, the appearance is quite visually pleasing for the microscopist. Here's a bunch of fat globules from a chylous peritoneal fluid aspirate (Mishin et al, 2010) 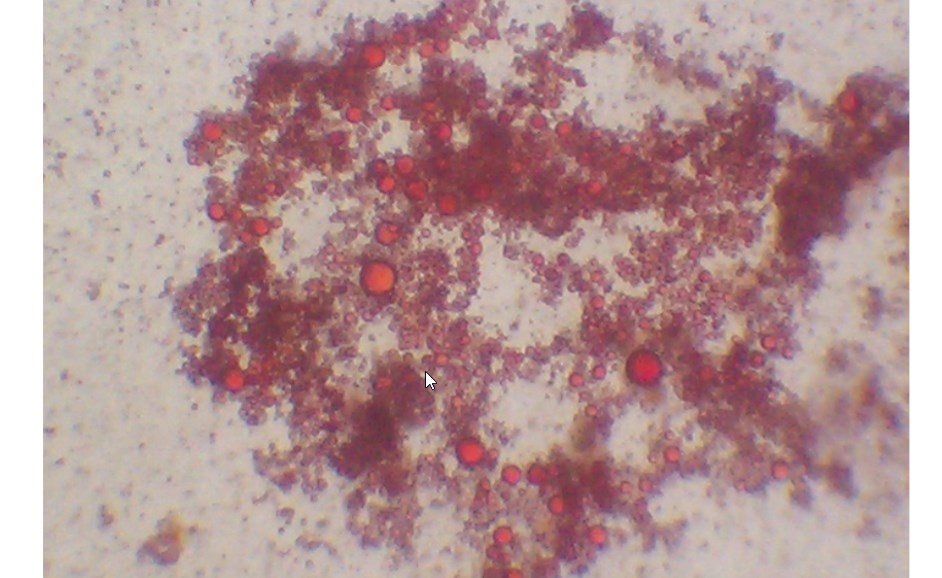 Management can be separated into conservative and surgical. Surgical ligation of the duct is always an option, and some say it should be the first option, but this is nt without risk. In general, experts (eg. Bender et al, 2015) suggest that if the chyle leak is small in volume (less than 500ml/day), conservative measures may be enough.

Surgical options are numerous and would have to be tailored individually. Historically approaches to the management of chylothorax have included:

Why not just leave it?

Sure, to reopen a chest full of chyle seems to be a distatestful admission of defeat, especially if it was your own surgical skill which caused it. Indeed, what are the arguments for aggressive repair? What are the consequences of chyle leak and chylothorax?