This comes up a lot, being a part of the the bread and butter routine of ICU management. SAQs which have required the analysis of ventilator waveforms include the following:

In short, its a popular topic. Usually the curves are those of a patient with high airway resistance, auto-PEEP and gas trapping; the college expect you to be able to identify this and make some comment as to how you would change the ventilator settings to improve the situation. Alternatively, the college might ask you to draw and label a diagram of a pressure-time curve for a patient with normal airways and a patient with bronchospasm. Either way, it seems bronchospasm is the major focus of these questions.

This is a brief summary, and will not go into great depth. Local long-form discussions of these matters include the following chapters: 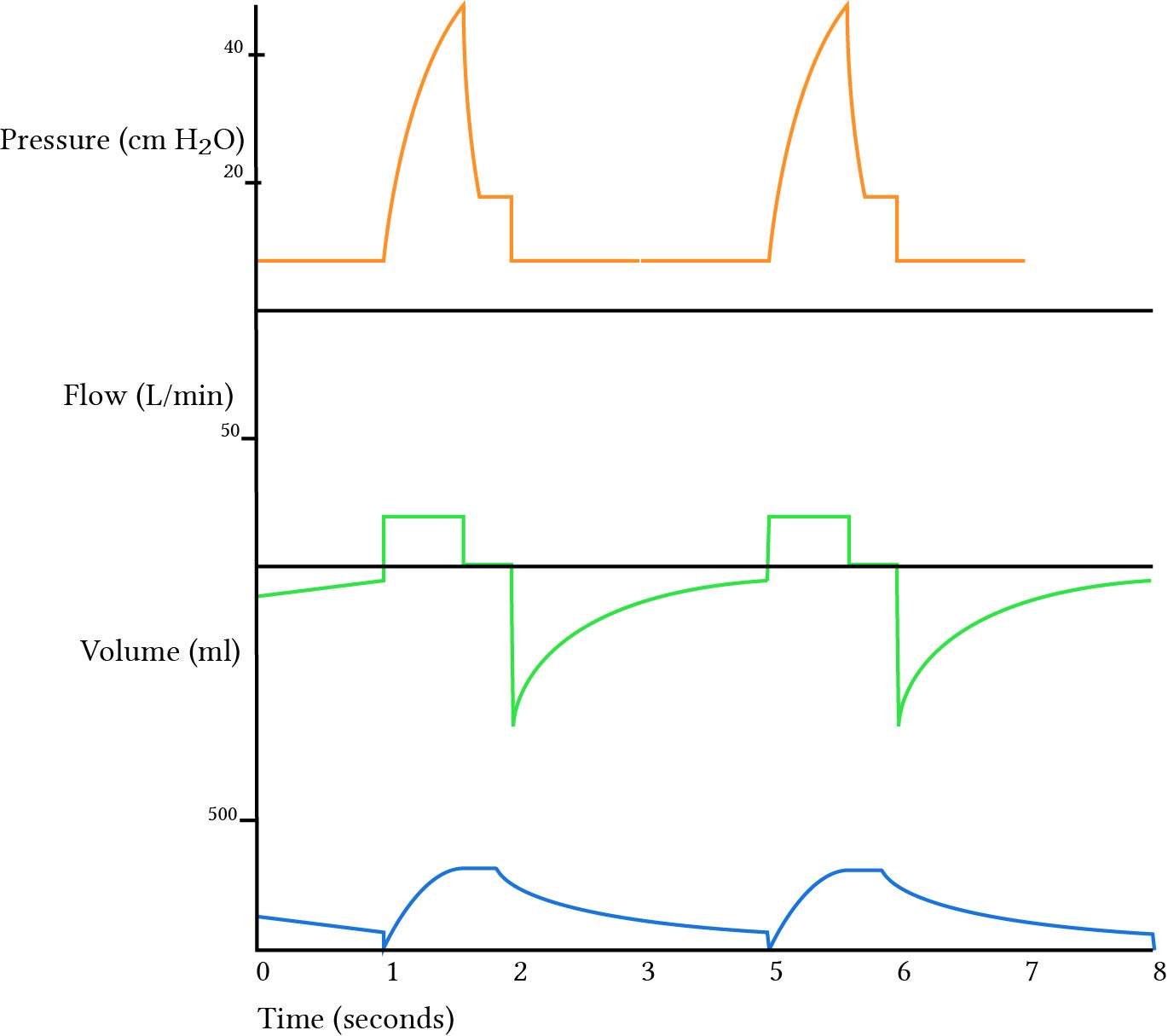 The candidate should be able to both identify the major features which are characteristic of bronchospasm, and to reproduce them on paper.

After asking questions about waveform interpretation, the college typically goes on to ask further about what precisely one would do to manage such a problem. The answer typically revolves around increasing the I:E ratio, decreasing the respiratory rate, dropping the PEEP to zero, and so forth. This topic is explored in greater detail by the chapter on Intrinsic PEEP and dynamic hyperinflation.

Even though one's instincts might be strongly trending towards bronchospasm as the cause of such a picture, one must systematically consider all possible causes: