Question 27 from the first paper of 2022 asked the trainees to describe the design and characteristics of platform trials, a research instrument with which they are currently surrounded. ​​​​​​​Park et al (2020) and Berry et al (2015) are two excellent freely available overviews, and this Nature piece (2019) is also great if you can get a hold of it via your institution.

Put in the simplest way:

In other words, this is a study where multiple interventions are being compared to the same control group, whereas in a traditional clinical trial one intervention is investigated at a time.

This is a version of adaptive trial design, where the data - as it is being collected - modifies the course of the trial (eg. the distribution of enrolment of the patients into groups) as the trial goes on. In this fashion, where the treatment is clearly beneficial as compared to placebo, the control group shrinks in comparison to the treatment group as the trial runs its course because more and more people end up being enrolled in the treatment arm (Pallman et al, 2018). This calls for several stages of interim analysis during the trial, as the group sizes are reevaluated. 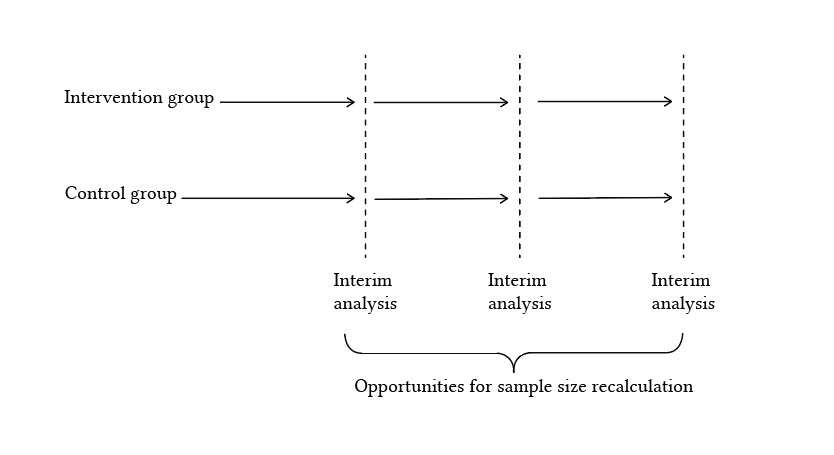 A natural extension of adaptive trial design is to run multiple concurrent intervention arms, alongside the control group. This multiarm multistage approach can then reevaluate each arm during the process of the study using a "drop the loser" model, where an underperforming arm might be closed because of a clear lack of effect (or evidence of harm). 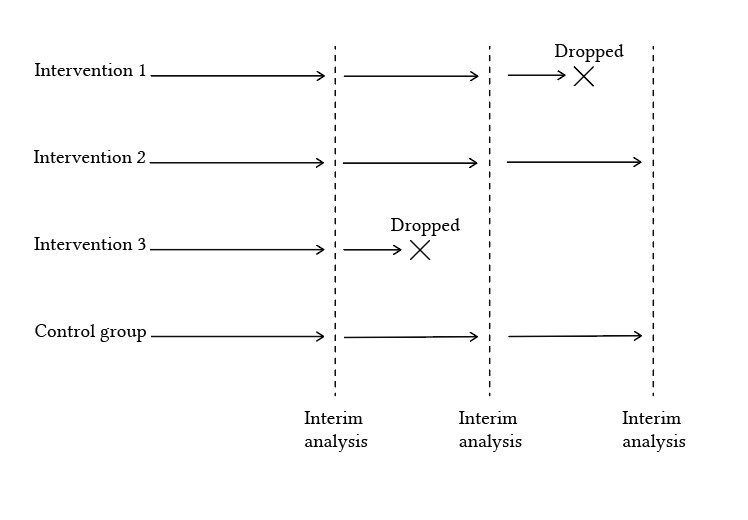 This is already what might be referred to as a "closed" platform trial. An "open" platform trial is basically these same thing except the protocol permits the addition of other interventions during the trial, i.e. intervention groups can be either dropped or "picked up". Additionally, adjustments to the control group can be carried out, adding more control patients as needed (this would be essential if new arms were being added). 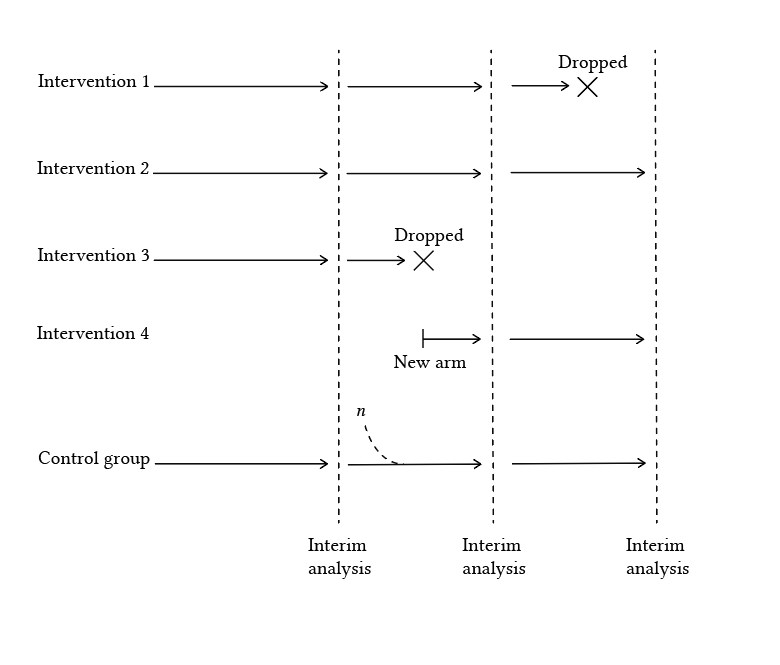 In case anyone is interested in the statistical complexities of adding new arms to trials, Lee et al (2021) is available to patiently talk you through it. It also opens a deep rabbit hole leading to the discussion of basket trials, umbrella trials, and adaptive enrichment design, all topics that are probably somewhat less important for the CICM exam candidate (as they have never appeared in the exam).

Why, one might ask, would we make life so difficult for our statisticians?

Question 27 from the first paper of 2022 asked the trainees to list a couple of examples of platform trials, for 10% of the mark. The 2019 Nature article from the Adaptive Platform Trials Coalition contains an excellent table which covers a large number of these, which is much more than what that answer required. In summary, most of the adaptive platform trials over the later 2010s were mainly oncology and Alzheimers disease trials, with a few notable exceptions in the realm of critical care. Platform trials relevant to ICU practice include:

Park, Jay JH, et al. "An overview of platform trials with a checklist for clinical readers." Journal of Clinical Epidemiology 125 (2020): 1-8.